Pick a random day during the last three months or so and the song has been ubiquitous, and not just in terms of being streamed. Blondie covered it last week. Over the weekend, the Daily Beast reported that Pete Buttigieg had tried and failed to execute a version of what Billy Ray Cyrus, Diplo, Young Thug, Mason Ramsey, and BTS’ RM had done before him. Lil Nas X has described “Old Town Road” as “country trap” and its gleeful cowboy attitude has ushered all of these collaborators into its world. Maybe the choicest line from the four remixes of “Old Town Road”—all of which, per Billboard’s rules, have counted towards the song’s streak—comes from the 12-year old yodeling prodigy Ramsey’s contribution: “hop up in my RZR, got a thousand acres.”

When Lil Nas X hasn’t been in the news or assembling remixes (or a debut EP), he’s been tweeting through this run. He’s prolific, hilarious, and surprising. New York has reported that Lil Nas X’s social media prominence started in his days as a Nicki Minaj stan account that gamed Twitter for virality. He’s denied that report, but whatever the case, it’s hard to argue with this Sunday morning tweet:

wow man last year i was sleeping on my sisters floor, had no money, struggling to get plays on my music, suffering from daily headaches, now i’m gay.

The rapper came out at the end of June as Pride month drew to a close. “Deadass thought I made it obvious,” he wrote on Twitter at the time. A month later, he’d turned the news into content—into a very good tweet. Of course, that doesn’t make his coming out any less meaningful or important.

Which is not unlike the story of the “Old Town Road” record itself. The four remixes of the song were an unabashed attempt at extending the life of the song’s reign. And often, Lil Nas X has leaned into some of the absurdity of charts and streaming records 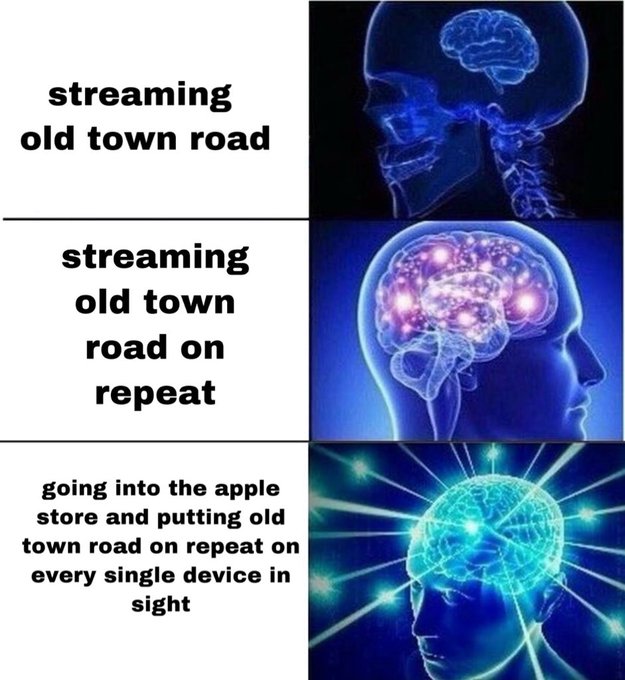 But it’d be difficult to hold that against him. Nearly everyone who wants to top the charts these days tries to game them. In June, Page Six reported that DJ Khaled “went off when an estimated 100,000 downloads of his album that were sold through a bundle deal with an energy drink weren’t included in his sales by Billboard.”

Lil Nas X launched an all-time great promotional campaign this year, but he did it so openly and affably that it hardly even felt like campaigning.